31 Quotes About Being Independent

Contents hide
1 Why True Independence Is An Inside Job
2 31 Quotes About Being Independent
3 How To Get Over The Past In Minutes
4 Recommended Reading:

Personal freedom and independence are so much more than just a financial subject, but go a lot deeper, if we include self-determination and the freedom from internal pressures such as guilt and shame. To be truly independent, we have to take a closer look at what underlying issues tie us to past moments, experiences, and the influences of others, as well as our own inner worries and stories. Today, I wanted to make this quote post about being dependent, because I wanted to give you the choice to look at this subject a lot deeper than the mere standard financial association that we are making when we hear that word.

Why True Independence Is An Inside Job

A lot of our self-sabotaging behavior is a result of a lack of true independence and freedom and keeps us tied to a self-fulfilling prophecy of the perpetual repetition of mistakes that we do not seem to be able to overcome. At the end of the post, I am sharing with you a practical video that features tips on how to overcome this programming, and therefore giving you a chance to drive toward that freedom that true inner independence brings with it.

31 Quotes About Being Independent

How To Get Over The Past In Minutes

36 Diverse And Thought-Provoking Quotes About Traditions

How to Get Started Setting Daily Intentions – 9 Tips

Quote Of The Week 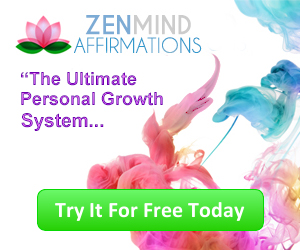 Get Your Own Happiness Poster Now!

Accepting Donations – Thank you for your support!

Learn How To Make Money On Etsy !